Improving the Water Quality of the St. Lawrence

A New Approach for Detecting the Effects of Municipal Effluents on Yellow Perch in the St. Lawrence River

The St. Lawrence River: a major recipient of wastewater

The St. Lawrence River has the largest flow of any watercourse in Canada. It carries water from its source in the Great Lakes all the way to the Atlantic Ocean, and its drainage basin covers roughly 1 million km2.Footnote 1 Many municipalities draw their drinking water from the river and empty their wastewater into it or one of its tributaries. The largest wastewater treatment station in North America is in Montréal. Every day, the station handles between 2.5 and 7.6 million m3 of water, which it empties into the river at the east point of the island.Footnote 2

Urban effluents are continuously emptying contaminants into the aquatic environment.Footnote 3 In particular, these effluents contain the following:

Contaminants from municipal effluents create negative effects on aquatic organisms and disrupt many of their biological functions.

Chemical contaminants exhibit a complex dynamic in ecosystems. To better manage the risk associated with these compounds, it is essential to determine their presence and source, and to assess their biological effects on aquatic organisms.

The Yellow Perch in the St. Lawrence

A useful subject of study 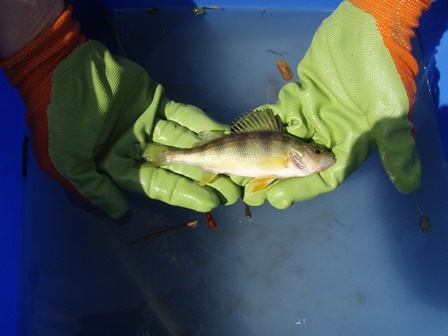 The Yellow Perch (Perca flavescens) is indigenous to the St. Lawrence River and is found in many sections of the watercourse, including the dispersion plume created by the discharges from the City of Montréal’s wastewater treatment station. In 2012, a five-year moratorium was imposed on commercial and sport fishing of Yellow Perch for a large portion of the river.Footnote 10 The moratorium was triggered in response to a drop in the Yellow Perch population in Lake St. Pierre, located about 100 km downstream from Montréal. The species’ wide distribution and its precarious situation made it the ideal candidate for a toxicology study on the impact of municipal effluents on the species and for testing a new approach focused on several biological levels.Footnote 11 The study aimed to better understand the stress factors that can impact fish populations in the river.

A new approach for assessing the effects of municipal effluents

The multi-level approach that was developed and tested as part of the study allowed us to determine the concentration of the contaminants of interest in the tissues of Yellow Perch, to measure the biological responses associated with prolonged exposure to effluent from the City of Montréal and to assess the correlations between these two parameters. The Yellow Perch’s biological responses were observed in relation to the species’ genes, enzyme activity and tissue status.

Yellow Perch specimens were collected at three sites: one upstream and two downstream from the City of Montréal’s wastewater treatment station. The upstream site was located in the Boucherville Islands, and the downstream sites were located at Îlet Vert and Île Beauregard near Varennes. Chemical analyses were conducted through a collaboration between government and university researchers to determine the concentrations of perfluorate compounds, fire retardants, metals and trace elements in whole Yellow Perch. Liver and muscle tissue samples were also taken to conduct analyses at the genetic, cellular and tissue levels.

Through this study, it was possible to demonstrate that municipal effluents have a real impact on the health of Yellow Perch that are exposed to them. The complex mixture of organic substances in this discharged water influences the diet and size of Yellow Perch: those exposed to the effluents eat at lower trophic levels and weigh more than other specimens of the same size. In addition, the effluents are a major source of polybrominated diphenyl ethers, fire retardants (the production and use of which are now regulated) and iron from iron chloride, which is used in water treatment. These substances were found in greater concentrations in the Yellow Perch residing in the effluent plume.

The expression of several genes in the livers of Yellow Perch that were exposed to effluents were significantly affected by this exposure. These genes were involved in the immune system, lipid metabolism, retinol metabolism and the detoxification process. The affected biological systems are essential, and their disruption can lead to more serious, long-term consequences in fish.

The tissues of exposed Yellow Perch suffered no greater damage than those caught upstream from the water treatment plant. However, inflammation and lesions on tissue were observed at all capture sites, which leads us to believe that other sources of pollution are affecting Yellow Perch.

Numerous statistical links were made between the presence of contaminants and certain biological responses. All of them support existing published data and suggest that future studies are needed.

A new path for studies on environmental contaminants

The multi-level biological approach that was used is essential to assessing the current impact of contaminants on living organisms. Observing their effects at various biological levels undoubtedly allows us to uncover consequences that would not have been detected using traditional approaches. Using the tools we developed, other studies on the Yellow Perch were conducted to extend this one, including certain studies that focused more specifically on the Yellow Perch population in Lake St. Pierre.

The immune system is essential to defend against pathogenic agents. A weakened immune system renders the fish vulnerable to bacteria, viruses and fungi.Footnote 12

Lipid metabolism creates the lipids that are essential to fish, since such metabolism is involved in the production of long-term energy.Footnote 13, Footnote 14

Retinol is an active form of vitamin A, which plays a role in vision, the immune system and the formation of red blood cells.Footnote 15

Detoxification is the process by which the body eliminates all toxic substances, such as toxins and metals.Footnote 16 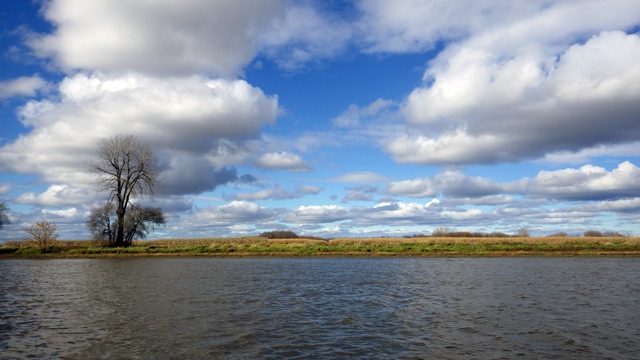